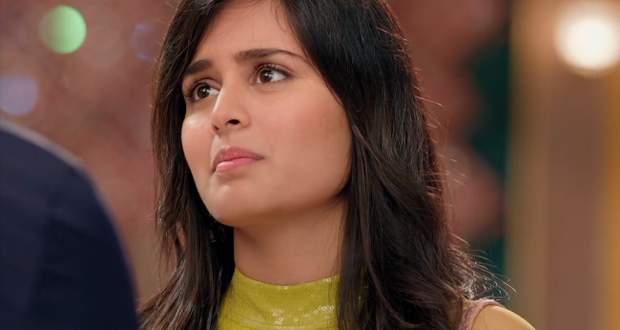 Today's Yeh Rishtey Hai Pyar Ke (YRHPK 9 Oct episode starts with Kunal and Abir coming to Maheshwari house to take Kuhu along. Kuhu gets happy to see them while Varsha asks them to leave.

She is ready to give blessings to Kunal and Kuhu if Abir and Mishti live separately. Kunal is not ready to leave his brother while Varsha thinks Kuhu is not a priority for Kunal.

Kunal and Abir return home while Mishti is planning something. Meenakshi thinks Varsha’s condition is invalid while Mishti supports Varsha. She further shows the house she has booked for Abir and her.

Abir and Kunal are shocked by Mishti’s sudden decision while Meenakshi opposes her decision. Abir is confused as Mishti never wanted to leave home while Mishti is taking a decision for her baby.

Meenakshi is not ready to give up and locks Mishti and Abir in the room. Abir breaks the lock and asks Meenakshi to not be so selfish as soon everyone will leave her.

Parul asks Kunal to do what Abir would have done in the situation. Kunal asks for some of Abir’s favorite things that belong to Kunal and later compare them with their memories.

Mishti sticks to her decision and later it is revealed that she is doing drama of breaking the family. Meanwhile, Kuhu learns that Mishti and Abir are going and knows Mishti is doing this for her.

Kuhu makes Varsha realize that she isn’t happy to be in Maheshwari house. She knows Abir and Kunal can’t stay away from each other and decides not to let them go.