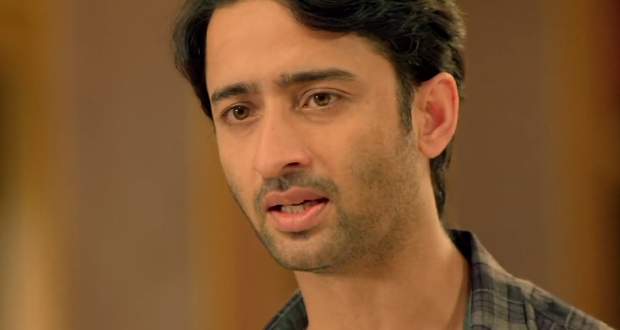 Today's YRHPK 9 Sep episode starts with Meenakshi declaring her wish to get heir for the family. Abir wishes to leave while Meenakshi is not ready to budge.

Meenakshi points out that some kids are unfortunate and should not be given shelter. Kunal asks if Meenakshi is pointing at him while Meenakshi is not ready to keep another kid from the road.

She points out that Kunal is not her real son and might react worse than Abir if they have differences. Abir reminds her that Kunal has loved her more than anyone in the family.

Meenakshi points out that blood relations matter and asks Mishti and Kuhu if they ever feared being like their parents. She is about to question Kunal when Abir stops her.

He declares that he will leave the house the next morning. Abir consoles Kunal and asks him to remember that he is his brother. Meanwhile, Varsha asks Vishambhar to give one chance to Abir to make things right.

Vishambhar and Rajshri get relieved to see Mishti safe over a video call. They further decide to visit Maheshwari house the next day and Abir decides to talk to Vishambhar about adoption. Mishti reveals that she is not sure about adoption.

Mishti reveals that she is afraid of Meenakshi’s reaction to adoption. She is worried to bring a new baby who will be reminded of being an outsider. Abir gets a call from Vishambhar and shares his adoption problem.

Kunal talks to Meenakshi to make things right while Meenakshi is not ready to change her decision. Kunal asks her to find out another path as Abir will leave the house soon.

At Maheshwari house, everyone ignores Mishti and later they say Mishti is adopted and just a guest for them.

© Copyright tellybest.com, 2018, 2019, 2020. All Rights Reserved. Unauthorized use and/or duplication of this material without written permission from tellybest.com is strictly prohibited.
Cached Saved on: Monday 30th of November 2020 06:51:35 PM