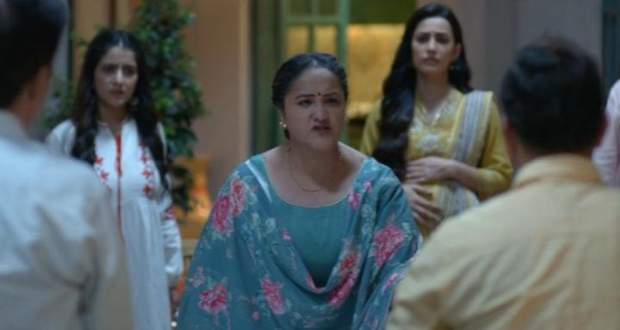 Today's Zindagi Mere Ghar Aana (ZMGA) 28 July 2021 episode starts with Meera and her Aaba having a conversation regarding the outfit she will be wearing at the wedding.

Further, Sakhuja's also get ready to attend the next ceremonies for Dolly's wedding and get excited to meet Meera.

On the other hand, Krishnakal refuses Meera to go to the wedding as he says it might be risky to be on between hundreds of people in Covid-19 times.

Abba asks Krishnakal whether there's something wrong with him regarding Angad's family but he doesn't reply to her.

Later, Soni asks Kabir to help her and accompany her to Dolly's house.

Meanwhile, Dolly accuses Kabir of making her run away from her marriage.

Dolly's father gets furious and asks Sakhuja's to take Kabir away from the marriage.

Fortunately, Soni comes and tells everyone that Kabir was not willing to come she brought him forcefully to help her out.